Everybody wants the perfect product.

Your new product- whether it’s a website or a widget- is going to take the world by storm. It’s the new Facebook! It’s the silver bullet that will solve all your problems, grow the bottom line, cement your promotion and save the company. Or at least that’s what you thought!

How could such a brilliant idea go so wrong?

The answer might be in your need for perfection.

So before you sell your house and throw everything you have into the project, consider these 6 important things.

There’s a constant battle between having the product in a presentable state, and having it in a state of perfection. The best products are started in someone’s garage and perfected over time, or dropped without too much investment if they prove unpopular or unfeasible.  A product that is 60% completed but is on the shelves making sales is better than a product that is almost ready, but not open for business because it’s still being refined…and refined…and refined.

The Strategy: Ask yourself at every milestone, ‘is this good enough to go live?’.  If yes, then make it live and get to work on Phase 2.

Watch out for including everything and the kitchen sink into your first release. Each department will tell you that they want it to be perfect before it goes live: Marketing will ask for it in 30 languages, the SEO team will want hundreds of pages of content for Google, and so on.

The Strategy: Start small. Keep the prototype or Beta version light and simple. It should get the idea across without a major investment. If you need a radical change in direction early on, it should be easy enough to do.

The temptation is there to do a big marketing campaign to launch your widget and start making sales as quickly as possible. You’re proud of it, and it’s a brilliant idea, but try to keep it quiet for as long as possible.

The Strategy: Go stealth. Don’t tell too many people about the product until you’re sure it can deliver on its promises. Ideally, you want your users to do the marketing for you. If it’s that good an idea, it should take off by itself, and save you a bundle at the same time. 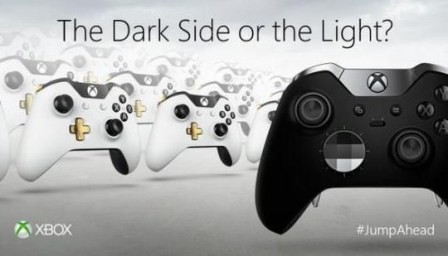 4. Use your users for usability

Usability testing will tell you whether your customers ‘get’ the concept and whether it appeals to them. If you don’t have time to test with users because you have deadlines to meet, then I hope you have time to rebuild it later!

The Strategy: Aim to have 6-10 users test it daily. Use paper printouts or wireframes in the beginning and, if possible, make changes after each user gives their feedback.

You’ll be ready to go live when new participants understand the concept straight off and can use the concept or product without getting stuck.

How many times have we seen an inventor cling to their original idea until it’s stone cold dead? If it’s your idea you will need to guard against inflexibility, it could destroy your product and your dream along with it.

The Strategy: Adapt with your market. Monitor social media outlets or set up a custom email address for this project alone and listen to what your users are saying.

Better yet, speak to them face-to-face during user testing. Make sure everyone on the project gets to see customer feedback, especially top management.

Your customers will point out problems in real-time that your developers might not be aware of.

6. Iterate on the hoof

Roll out updates weekly instead of making huge changes monthly or longer. This is easier to do if you have an online product. If you’re moulding a plastic product and each mould costs the equivalent of the GDP of a small country, then I’d say test other prototyping methods first.

The Strategy: The approach to take is ‘Refine and Release’ over and over again. That way, if your users don’t like a new development, it’s easier to roll-back or fix without derailing the whole project.

Now you should have an idea of whether your idea has users excited or not. Are they telling their friends, and inundating you with ideas for improvements? Great, roll out the next version of the product. Are the only users your friends and your mother? Maybe it’s time to go back to the drawing board. And always look on the bright side: at least you still have a roof over your head!